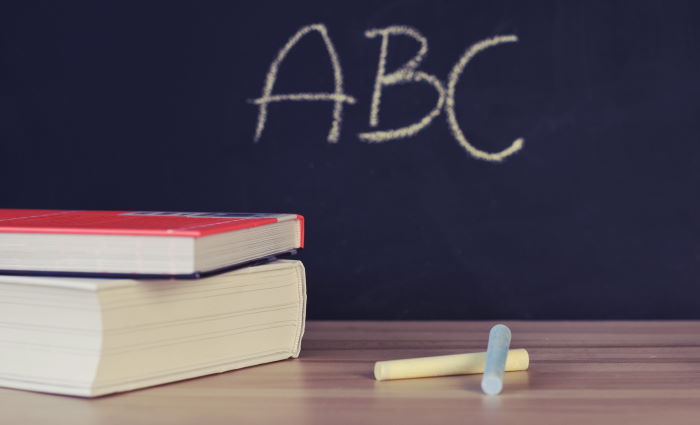 Recently there has been a lot of talk in the news about hazards in our area schools. As this school district works to address these concerns, it’s important to recognize that these hazards are not unique. Schools are often older buildings, built and renovated under long-outdated building codes and standards.

While most schools take these potential hazards very seriously, and work diligently to keep our children safe, it is still important for residents, parents, and staff to be aware of possible issues that may remain out of view or unidentified.

By no means are we intending to make you overly concerned, but we at Disaster Blaster feel that education is incredibly important as it allows everyone involved to make informed decisions. With that in mind, below are some potential hazards that are common in school buildings.

Asbestos is a naturally occurring mineral that was used in many, many, building materials. Unfortunately, we later learned that the Asbestos fibers, which can be released as these products deteriorate, are extremely hazardous to respiratory health. Asbestos exposure has been shown to cause serious, life threatening, conditions such as Mesothelioma and Asbestosis (among others).

The concern of Asbestos exposure has caused schools to perform environmental inspections and maintain detailed records of any materials that contain Asbestos within their buildings. These materials are, or should be, then inspected regularly and any visible damage addressed immediately. Professional abatement efforts are then undertaken when necessary to resolve potential exposure concerns and maintain a safe environment for our children.

Asbestos was used in a wide range of building products. Some common building materials that contained Asbestos at one time, and are often found in schools, include pipe insulation, floor tile, wall and ceiling surfacing materials, popcorn texture, spray insulation, drop ceiling tiles, and wall board. It’s important to keep in mind that Asbestos materials in good condition, without risk of releasing Asbestos fibers, are not considered a hazard. It’s when the Asbestos material begins to deteriorate or fall apart that it becomes a potential issue. A licensed Asbestos Abatement Contractor is able to survey these concerns and design a plan of action to resolve Asbestos hazards.

Lead is a metal that has been used in building materials since the ancient Egyptians. An easily manipulated metal, it is easy to work with and versatile. Unfortunately, in more recent times, we recognized the hazard to health that lead exposure can represent. Over time, lead exposure can lead to a build-up of lead in your body, which can lead to developmental delays, irritability, abdominal pain, neurological changes, and can ultimately be life threatening. If you feel that you or your child has been exposed to lead, it’s important to have them tested as quickly as possible.

The most common areas where lead can be found is in lead-based paint and plumbing pipes and fixtures that may contain lead. While lead paint isn’t used anymore, there’s still a lot of it out there in older buildings. Most commonly, exposure will occur when lead-based paint begins to chip and flake. As lead has a sweet taste, small children are known to pick up these chips and lead dust and put them in their mouths, leading to lead poisoning. Lead in water is most commonly caused by pipes containing lead. When these pipes begin to corrode, this allows lead to leach into the water, contaminating it. While testing for lead-based paint is important as part of an environmental inspection, testing water should be performed annually as lead levels can change.

If lead contamination is found, it is incredibly important to isolate the area and reduce potential for exposure (by preventing use of water fountains for instance). Once the exposure is contained, steps can be taken to resolve the contamination issue itself. Often, in the case of lead, an abatement contractor would need to come in and remove the lead-based paint, the materials that were painted, or the plumbing that is corroding and leaching lead into the water supply.

The second leading cause of lung cancer in the United States (second only to cigarette smoke), Radon is a hazard many people are still unaware of. A naturally occurring radioactive gas, Radon is a result of the breakdown of uranium in the soil. As this gas is created, it seeps up out of the soil and into homes, businesses, and schools through the building’s foundation. An odorless, colorless, and tasteless gas, Radon can then accumulate inside buildings without occupants even knowing. For this reason, regular Radon testing is incredibly important to ensure that buildings are safe.

Radon can be found anywhere. In fact, because it occurs naturally beneath buildings, Radon can even be impacted by geological changes and nearby construction. This means that a property that didn’t have a Radon issue a couple of years ago may find that it has a very high Radon level now. For large buildings, you may even find that rooms on one side of the building test low while rooms on the other side of the building test high. This is why it’s so important to test regularly so that Radon issues can be promptly addressed.

Polychlorinated biphenyls, or PCB’s, are chlorine compounds that were regularly used in commercial buildings in caulks and in electrical apparatus such as lighting, transformers, and generators. While not commonly used today, PCB’s significantly extended the life of these devices and were extremely common at one time. In fact, caulk containing PCB’s may still be pliable and soft 50 years after the caulk was applied!

Because PCB’s are so slow to break down, an accumulation inside individuals (as well as animals) has been observed. PCB exposure can cause rashes, acne, or even liver damage. While it is extremely rare for an individual to show such severe signs of exposure to PCB’s, they do represent a hazard that is important to recognize. In addition, PCB’s denote a potential environmental impact as they are so slow to break down and can leach into water supplies affecting fish and wildlife.

Abatement of PCB’s involves removing the affected building materials and replacing them with a newer product that does not contain PCB’s. Testing is important to determine what materials contain PCB’s and a plan of action can then be implemented by a professional in order to address the concern.

We hope you found this information helpful. As always, if you have any questions that were not covered here, please do not hesitate to contact your local Disaster Blaster. We’re happy to help!

Should you ever have a need of our Indoor Environmental services, please don’t hesitate to let us know and we would be more than happy to take a look at it for you.