Common Radon Mitigation Scams and How to Avoid Them 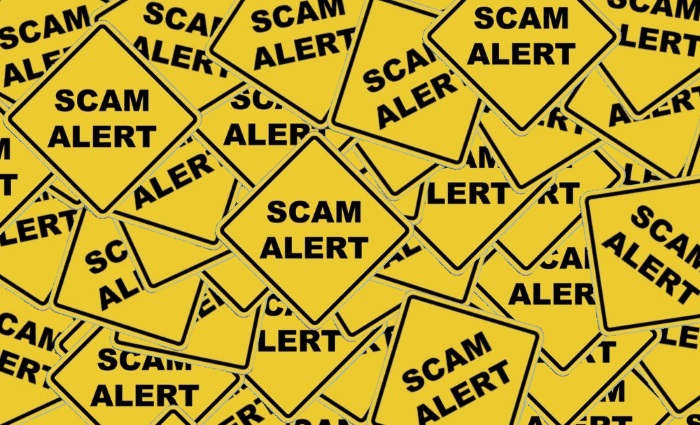 Whether you’re hoping to resolve a Radon issue at your residence or as part of a real estate transaction, it’s important to have a system installed properly by a properly licensed and qualified company. Improper installation can not only be ineffective and a waste of money, it could even complicate or delay your closing!

With many fly-by-night contractors installing Radon Mitigation Systems, scams have unfortunately become relatively common. Here are some common scams and how to avoid them!

How to avoid it: Most states maintain a list of licensed Radon Mitigation Contractors that you can check. This will allow you to verify that the company you are hiring is qualified to perform this work and in good standing with the state. We also strongly recommend only hiring local companies to install Radon Mitigation systems at your home, as this way you know the licensed individual will be involved in your project.  All Disaster Blaster Radon Mitigation Systems are installed by local, licensed, and insured, Radon Mitigation Professionals.

How to avoid it: If your home builder is not consulting with a licensed Radon Mitigation Company, assume that any passive Radon System they install will not be functional. You’re far better off saving the money and having a qualified Radon Mitigation firm install a system should you find that you need one in the future. Without performing testing in the completed home there’s no way of knowing if you have a Radon problem anyway!

Radon testing is not only an important step in determining if you have a problem, but also to ensure that your system is adequate! While we can certainly understand that it may be convenient to hire the same company to perform the testing and install the Radon Mitigation System, this is viewed as a significant conflict of interest.

How to avoid it: While your Radon Mitigation firm may provide you with a Radon Test Kit so that you can perform your own test and mail it in to a lab, they should not be performing the test themselves or inserting themselves between you and the lab results. Results from any test performed should immediately be sent directly to you by the lab. If you would like someone to perform the test for you, many home inspectors are licensed by their respective states to perform Radon Testing. Many states publish their list of licensed Radon Testers on their website as well.

This one is becoming increasingly common in Radon Mitigation. Essentially, the mitigation company intentionally leaves work they know or expect to be necessary out of their proposal. This allows them to come in as the low bid, often securing the project. Once they begin the work, these “surprises” trigger a barrage of change orders that significantly increase the cost of the project. Once all is said and done, the homeowner finds that they have paid much more than the low ball proposal that they had previously thought was a good deal…

How to avoid it: Compare each mitigation company’s estimate to ensure that the work being proposed is comparable. Look specifically for estimates that leave out work that is in your other estimates or that appear significantly lower than other proposals. These are clear “red flags” and should be treated with extreme suspicion.

Similar to the change order scam, the phone estimate scam is an example of a Radon mitigation company providing you with an estimate over the phone without ever seeing the property or the work that you need to have performed. What often happens is the contractor provides you with a low estimate over the phone and then, once you’ve hired them to perform the work, they supplement their billing with every “change” they encounter. This can add significant additional cost to a project. With every home being unique and each Radon Mitigation System needing to be designed to meet various code requirements, it should go without saying that an accurate estimate cannot be provided without first inspecting the property.

How to avoid it: Don’t get phone estimates. The scope of work can change significantly from house to house and you can find yourself with a much larger bill than you had anticipated.

Honest contractors will prepare a proposal that clearly defines what they are going to do and where. Less reputable contractors prefer to write summarized proposals that are vague and difficult to read. This often creates a great deal of confusion for homeowners and, when asked if they’ll be completing a particular task, the response is always “It’s included”… Unfortunately, that rarely proves to be the case, and when it does, the “included” work is subpar and inexperienced.

How to avoid it: If it isn’t detailed in the proposal, it isn’t included. Contractors that claim it is are either inexperienced, or being deceptive.

The “I know what I’m doing” Scam

How to avoid it: Hire only a qualified, licensed, Radon Mitigation firm to design and install your system and be leery of contractors and individuals that may have additional motivation to perform this work. A Home Inspector or Radon Tester should never be installing a Radon Mitigation System for instance as this is a serious conflict of interest.

We hope these tips will help you avoid being the victim of one of these Radon mitigation scams. We wish you the best of luck with your project and hope that your Radon level is reduced to an acceptable level!

As always, should you ever have a need of Radon Mitigation Services please don’t hesitate to contact your local Disaster Blaster!